This series is set in the land of Natalia, where rabbits with swords battle for their freedom against evil characters such as Lord of Prey Morbin Blackhawk and wolf Redeye Garlackson.

There are three storylines within this series.

In the main storyline, readers follow the adventures of rabbit siblings Heather and Picket Longtreader as they find that their world is at war and join the fight for good against overwhelming odds.

The Tales of Old Natalia is a prequel series set a century before the happenings of the main series.  It accounts the tales of characters such as King Whitson Mariner, Lord Fleck Blackstar, and Prince Lander as they battle struggle, betrayal, dragons, and evil from on high in their newly discovered land of Natalia.

The Green Ember Archer series is set during the main series and is written from Jo Shanks' perspective.

S. D. Smith recommends that the whole series be read in the following order (main series books are in bold): 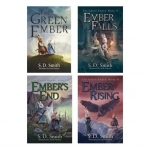 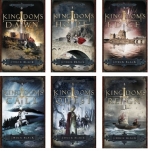