Story of the World Volume 3 - AudioBook on CD

The Story of the World, Volume 3: Early Modern Times - AudioBook on CDs

Susan Wise Bauer has provided a captivating guide to the history of early modern times in this volume which covers the major historical events from Elizabeth the First to the gold rush in California.

History will never be the same!

This spirited reading of the third volume in Susan Wise Bauer’s Story of the World history series brings to life the historical eventys of early modern times.

Now more than ever, other countries and customs affect our everyday lives-and our children need to learn about the people who live all around the globe. Susan Wise Bauer has provided a captivating guide to the history of the ancient world. Written in an engaging, straightforward manner, The Story of the World weaves world history into a storybook format.

Volume 3: Early Modern Times covers major historical events from Elizabeth the First to the Gold Rush in California. This Story of the World audiobook is a collaboration between Jim Weiss, whose voice is “liquid gold” (CNN TV), and Susan Wise Bauer, whose writing has been described as “timeless and intelligent” (Publishers Weekly). It may be used along with the print book, as a supplement to a traditional history curriculum, or independently.

Features: Read by the award-winning voice of Jim Weiss 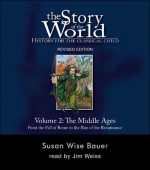 Story of the World Volume 2 - AudioBook on CD 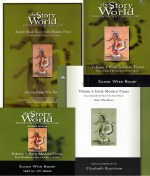